Arabic Language Course is designed to prepare you to be fluent in the different skills of the Arabic language reading, writing , speaking and listening.

The Quran was revealed in Arabic Language and as the main source of knowledge for Muslims, it is beneficial to have some knowledge of Arabic.

Is it necessary to learn Arabic  ?

It is necessary to know enough so that you can understand the basic surahs in the salah, for example Surah Fatihah and the takbeerat. It is of course preferable to know more so that it becomes easier to understand what is being recited in the prayers.

How can I learn Arabic online?

We can appreciate that it may be daunting to learn a new language. However, with access to native Arabic speaking tutors through Quran Seraj academy,

Grammar is the main factor of any language . The grammar called in Arabic language ( نحو)

Grammar is the main component of any spoken or written language. Like any other language, the Arabic Language has a set of grammar rules too that are essential for the correct use of the written or spoken language. Arabic without Grammar is flawed and incorrect.

The Importance OF Knowing Arabic Grammar:

How To Learn Arabic Grammar?

First we should know how Arabic was created?

The holy Qur’an was revealed in the language of the Arabs, and the Arabs were eloquent and articulate, and they understood all the intrinsic language of the language using their inimitable mindset. But after the intense expansion of the Islamic state and the mixing of Arabs with others, the melody began to appear in the Arabic tongue, and the Arabs feared that their language would be destroyed because of that, and that is why they established grammar rules to preserve the identity of the language for them.

Parts of the word in the Arabic language

The word is divided into three types in terms of whether it is a verb, a noun or a letter, and each of them has its own use and meaning, and the following will explain it:

How we deal with words…

Words must be dealt with according to their three types by tracing the context in which they are located, because they will not give the meaning alone, but through their presence in the midst of a group of other words that clarify their meaning, and from here we can divide the sentences in our Arabic into two main types:

The first type is :

Hence, we conclude that the science of grammar is concerned with searching for words of all kinds and their place within the sentence, if it is a nominal sentence or an actual sentence.

There are many of grammars for sentences and comprehensions , Also, each word of any sentence must be have a grammar.

The History Of The Arabic Language

Arabic descends from a language known in literature as Proto-Semitic. This relationship places Arabic firmly in the Afro-Asiatic group of world languages.

“Merritt Rohlin’s” classification in his guide to the languages ​​of the world helps explain the origins of the Arabic language within this large group of languages.

Thus, for review, while Arabic is not the oldest of the Semitic languages, it is clear that its roots were established in a Semitic ancestor.

What Is The Age Of Arabic Language:

With the birth of the Islamic religion, the Arabic became fixed in the dialect that was used in the writing of the Holy Qur’an. This happened a little less than 1500 years ago, and some might say that this is the era of the Arabic language

But where did this specific dialect come from,,,,

it is said that the Qur’an was originally written in the Arabic known as “Old Hejazi Arabic”. This dialect was spoken in parts of the Arabian Peninsula from the first century AD to the seventh century, when the Qur’an was written on paper. This makes the “Arabic” close to 2,000 years old, if we accept the fact that the Arabic dialect has gone through few changes throughout history.

How Arabic Language Was Developed Throughout The Ages?

The history of the Arabic has undergone a complete development of the structure of typical Semitic words. The Arabic word consists of two parts: the root, which generally consists of three consonants and provides the basic lexical meaning of the word, and the pattern, which consists of vowels and gives a grammatical meaning to the word. The language also uses prefixes and suffixes, which act as subject signs, pronouns, prepositions, and the defining article.

One of the rules of the Arabic language is that verbs in the Arabic language are regular in conjugation. There are two types of tenses: the perfect, which consists of adding suffixes, which are often used to express the past time; And the imperfect, consisting of adding prefixes and sometimes containing suffixes indicating number and gender, often used to express the present or future.

In addition to the tenses,

there are the imperative forms, the participle active, the passive participle, and a verbal noun. Conjugation of verbs for three persons, three numbers (singular, dual, plural), and two genders. In Classical Arabic, there is no dual form and no gender differentiation in the first person, and modern dialects have lost all dual forms. The classical language also has forms of the passive voice

There is also the so-called Arabic Language Day nowadays.

The origin of the Arabic and the first to speak it:

The phenomenon of languages and their mysterious history continue to fascinate the world. Linguists around the world work tirelessly to demystify the origins of languages, their evolution over time, and the various structures on which they depend. Languages build more than just words, they build a worldview. For example, languages that share roots may communicate ideas differently orally, even in different languages. The same structure profoundly influences social norms, behaviours, and other elements of the social fabric.

as scholars and historians continue to collaborate to uncover ancient knowledge of language formation. Linguists estimate that the number of languages spoken in the world ranges between 3,000 and 8,000, although not found in strictly separate categories.

Instead, languages emerged and progressed into different dialects and eventually different languages as populations moved, traveled, and intermarried.

There Is another notable factor is trade. Trade centres such as ports, frequently travelled roads, and city markets were the birthplace of many early attempts at contact. Arabs were proudly known to be skilled merchants. Thus, it is not surprising that there are malls in the Middle East. Words for commonly traded items such as “sugar,” for example, can be found across languages such as Spanish, English, Arabic, Swahili, Maltese, Italian, and many more.

:The importance of learning Arabic grammar from childhood

From it, the child acquires a sound language free of strange, vulgar words, and he can talk with adults and impress them with his eloquence, unlike if he continues to speak a wrong or incomprehensible language.

the method of normal performance that he sees and uses in his family, society and the media.

you now have access to some of the best Quran and Arabic teachers from around the world who are waiting to teach you Arabic.

Try our Arabic language courses in “Quran Seraj Academy” , and you will continue learning the all classes for Arabic 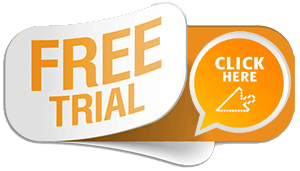