Is Hijab In Islam The Dress Code Of Muslims Women? 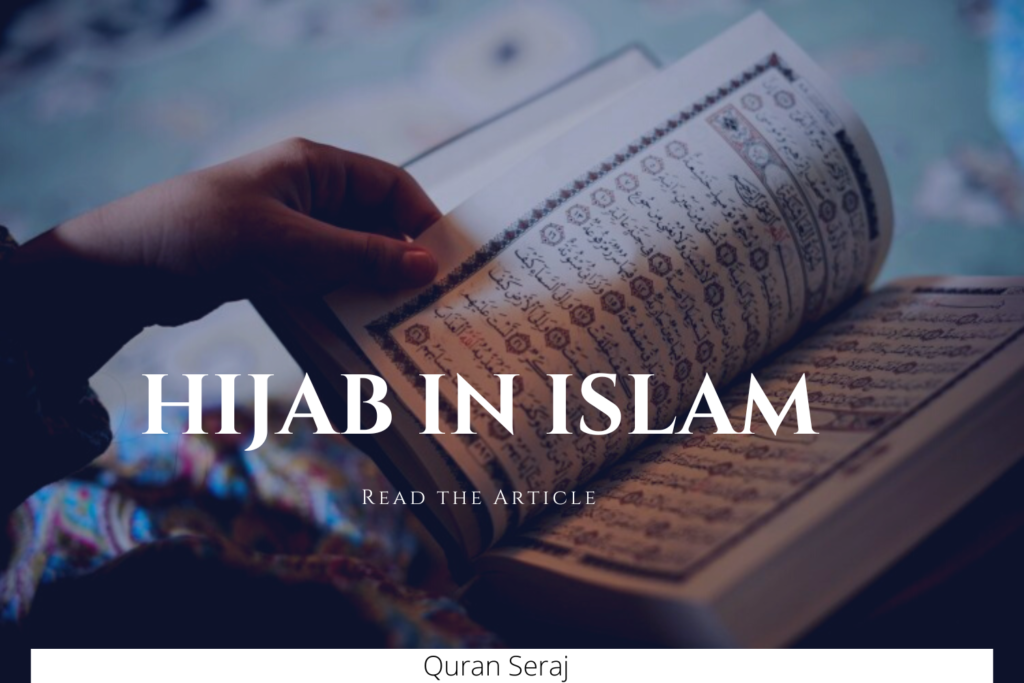 Over the years, the dress code among Muslim women has been given great attention, especially in relation to the practice of Hijab [head covering], hijab in Islam is often seen as a symbol of oppression. While Islam is certainly not the only religion to introduce the practice of covering the head, hijab in Islam continues to be the centre of attack and is heavily discussed as an issue of women’s rights, especially outside the Muslim world. Hijab in Islam is still the focus of attention of global world.

?What Is The Quranic verses in which the veil is mentioned

The Qur’anic context wherein the verse of veiling is mentioned shows that the aim is to spread chastity and virtue. It starts by talking about the distinction between the purity or impurity of men and women.

What Other Teachings That mentioned in Quraan?

The Holy Quran also mentions the behaviour of entering the houses of others, whether or not they are inhabited, about lowering the gaze, chastity and abstaining from any forbidden relation for all believing men and women.

it speaks about the obligation of veiling so that the adornments and beauty of woman do not appear except to her unmarriageable male relatives that are specified in the verse in detail.

What is The Big Goal Of Hijab In Islam?

Hijab is the proper Islamic dress, which is primarily intended to safeguard modesty, dignity and the honour of men and women. God [swt], the Creator of humans, knows our nature better than ourselves, and He has prescribed appropriate rules of behaviour and appearance to be observed when men and women interact with one another in a social setting.

So, Hijab in Islam Aim To Protect Women & Men

These rules of interaction also include a prescription for modest dressing, which applies to males as well as females.

Prescribing the rule of Hijab, God [swt] says, ‘Tell the believing men to reduce [some] of their vision and guard their private parts.,’ [An-Nur, 24: 30] And, says,

Another Verse For Hijab In Islam…

let them not stamp their feet to make known what they conceal of their adornment. And turn to Allah in repentance, all of you, O believers, that you might succeed..’ [An-Nur, 24: 31]

So, What should a Muslim woman show on her body?

Commenting on the phrase, ‘what is apparent’, Ibn ‘Abbas [raa] said, ‘It means the face and the hands.’ In other words, according to Ibn ‘Abbas [raa], a woman must cover her entire body except for her face and hands while in the presence of men who are not related to her directly. The list of those in whose presence she need not cover is clearly outlined in Surat An-Nur, 24: 31.

Another Verse Proving That Hijab in Islam Is A Duty:

You can also read the other verse about the same point, ‘O Prophet! Tell your wives and your daughters and the women of the believers to draw their cloaks close round them [when they go abroad]. That will be better, that so they may be recognized and not harrassed…’ [33:59] This verse clearly shows that God [swt] has obliged women to wear Hijab.

Another Purpose For Women’s Hijab…

By wearing Hijab, women protect themselves from any lustful gaze or act that may expose them to temptation or any kind of harassment. On the other hand, it protects men from indulging in vice and unlawful acts. Hijab does not only refer to the head covering, but to the whole dress of a woman.

This means that there are certain requirements for a woman’s dress in Islam:

» It must cover the whole body.

» It must not be tight or transparent.

» It must not delineate the parts of the body.

» It must not be clothing that is usually worn by men.

There are similar, yet less obvious requirements for a Muslim man’s attire.

A Muslim man must always be covered from the navel to the knees.

Similarly, a Muslim man should not wear tight, sheer, revealing, or eye-catching clothing. In addition, a Muslim man is prohibited from wearing silk clothing [except for medical reasons] or gold jewellery. A Muslim woman may wear both silk and gold.

a Muslim woman is permitted to wear whatever she likes as long as her dress has all the legal requirements of a woman’s Islamic dress code, and it covers the ‘awrah [sensitive parts of the body that a woman must cover in front of her marriageable family members [non-mahrams]. This is agreed upon by all scholars and jurists.

Hijab In Islam Does Not Conflict With A Woman’s Activities

Moreover, the evidence in the sources; the Qur’an and the Sunnah, overwhelmingly shows that the Hijab, as prescribed by Islam, was not meant to segregate women or shut them out from social involvement and participating in the affairs of the Muslim community.

At The End We Conclude …

In light of the above, we conclude that a Muslim woman is required to cover her entire body except her face and hands, according to the majority of scholars belonging to all schools of thought. Covering the head is not a disputed issue among them: they all agree that this is a necessary part of Hijab.’