The Birth Of The Mercy of The Prophet Mohamed 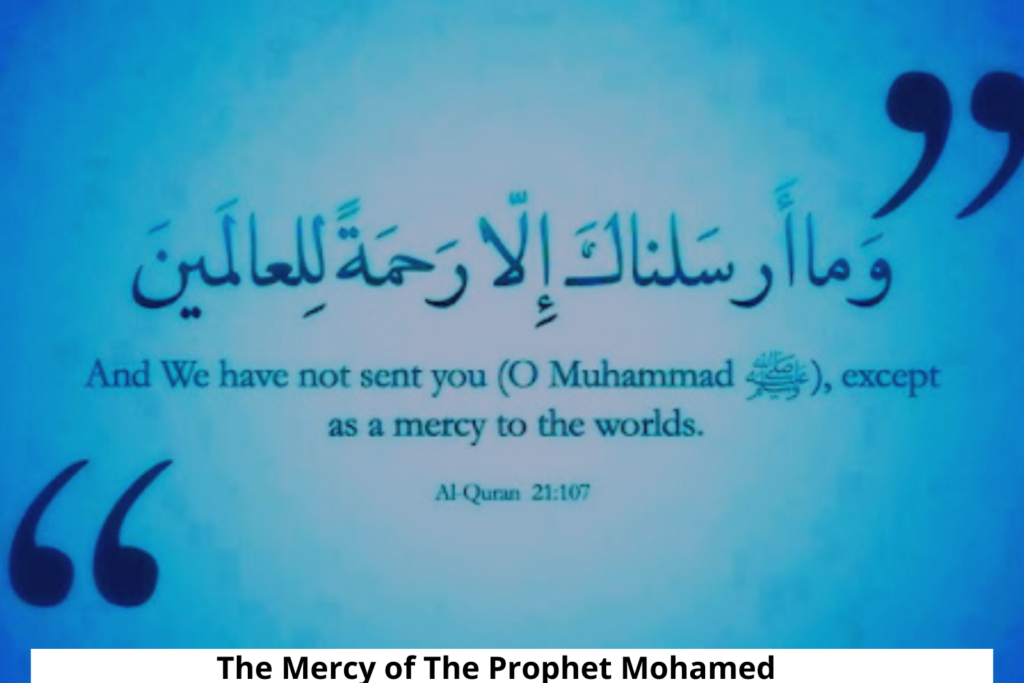 With the advent of the lunar month Rabīʻ al-Awal, the Muslim world celebrates a very remarkable occasion that brings festivities to every Muslim household; it is the birth of the mercy of the Prophet Muhammad (PBUH). For Muslims, this very special occasion summons up the value of Mercy which is lamentably absent in many facets of our life.

The Quran tells that the Prophet (PBUH) was sent as Mercy for the worlds (Qurʼān: 21:107) and he (PBUH) confirmed this when he said: “O people, verily I am only a gifted mercy.” This mercy evidently dominated every aspect of his life (PBUH) and was witnessed by all.

The Mercy Of The Prophet With Animals

The mercy of the Prophet (PBUH) was so comprehensive and inclusive that it encompassed animals and birds, and the Sunnah (Prophetic traditions) recorded many occasions where this mercy reached its peak. A woman was reportedly promised the hellfire because of her merciless behavior with a cat (Al-Bukhāri and Muslim), and a man had his sins forgiven because he quenched the thirst of a dog wandering in the desert (Al-Bukhāri and Muslim).

There Are Proofs About His Mercy

Many injunctions urging Muslims to show mercy to animals and birds are easily accessible in the books of Sunnah and the biography of the Prophet (PBUH) and these injunctions and commands are highly reflective as they arouse the expectations of how merciful he was to human beings, followers and non-followers alike, in the first place. Here follows some glimpses of his merciful behavior towards those who insulted him.

The Mercy Of The Prophet With Insults of The Polytheists

The polytheists used to insult the Prophet (PBUH) in different ways. For instance, they called him Mudhammam (obnoxious) instead of Muhammad (praiseworthy). In response, he used to overlook their insult and tell his companions whom those insults infuriated very much: “Look how Allah diverts the insults and curses of Quraysh from me. They call me names “Mudhammam” – but I am Muhammad”. (Sunan al-Nasāʼī)

How did the Jews use words With The Prophet?

On another occasion, a group of Jews approached the Prophet (PBUH) saying: “Al-Ssạmu ʻAlaikum” imitating the normal greeting of peace that Muslims use to salute one another with.

They cunningly made a slight wordplay to “al-Salām” which means “peace” to convert it to “Al-Ssạm” which means death. Upon noticing this, lady ʻĀisha (may Allah be pleased with her) said in response: ʻAlaykum Al-Ssạm wa-al-Laʻnah” (May death and curse be upon you). The Prophet (PBUH) said: ‘O’ ʻĀisha, verily Allah loves kindness in every matter.’ She said: ‘Did you hear what they said?’ Thereupon he said: ‘Did you not hear that I said (to them): wa-ʻAlaykum (I wish you the same)”. (Sahih Muslim)

On a third occasion, Anas ibn Mạlik reported that he was walking with the Prophet (PBUH) who happened to wear a Nagrani cloak with a very thick border.

A nomad man approached the Prophet (PBUH) and arrogantly took hold of the side of this cloak and drew it violently. Anas noticed that the violence of this grasp had left red marks on the neck of Messenger of Allah (PBUH).

Continuing his arrogance and showing his harsh behavior, the nomad said: “O Muhammad! Give me out of Allah’s wealth that you possess.” As a response to this, the Messenger of Allah (PBUH) turned to him and smiled and ordered that he should be given something. (Al-Bukhāri and Muslim)

All Of That reveals about the mercy of the prophet Mohamed.

Myriads of similar occasions can be quoted in this context. All of them indicate how the Prophet used to behave towards people insulting him personally.

The Mercy Of The Prophet Mohamed Made People Convert To Islam 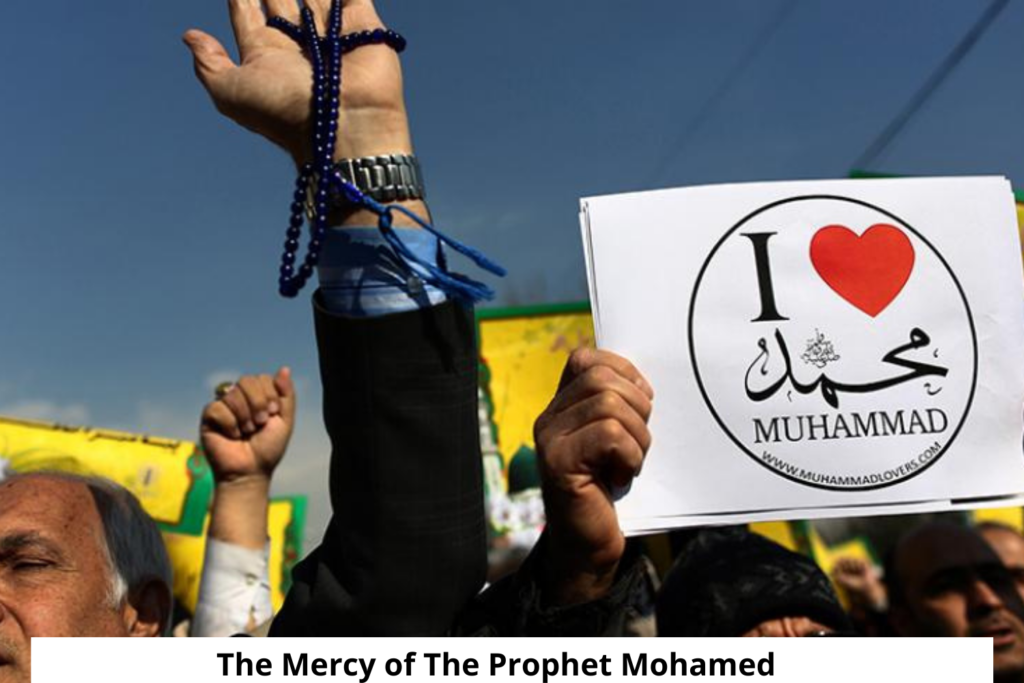 It was this lenient behavior that spurred people on embracing Islam and following the Prophet (PBUH). Had the Prophet been cruel to them, people would have abandoned his religion; Allah, the Exalted, says: “It is out of Allah’s mercy that you ˹O Prophet˺ have been lenient with them. Had you been cruel or hard-hearted, they would have certainly abandoned you.” (Qurʼạn: 3: 159)

What We Should Conclude From That?

A last thing to mention here; this is the behaviour & the mercy of the Prophet (PBUH) with those who insulted and reviled him. Those who feel infuriated because of the insult do have right to feel that their beloved Prophet (PBUH) is actually insulted. However, they meanwhile need to ponder his true behaviour when dealing with these situations lest they misrepresent their religion or Prophet (PBUH).